Collectively Magnum’s archive of film imagery, captures behind-the scenes moments and photographing film directors, actors and actresses on and off camera, includes a large part of the history of cinema. The Pictures included in this exhibition date primarily from the Fifties and Sixties, with the inclusion of a small selection from the Twenty First century, and are a mix of vintage and contemporary prints.

Included here are images famous beyond the reputation of the individual photographer or the Magnum agency, pictures such as those by Dennis Stock of James Dean in a rain swept Times Square (1954) or those produced by Eve Arnold during ten years working with Marilyn Monroe from 1950 to her last film, The Misfits (1961). The 1950’s, a period when the cult of the cinema idol grew, coincided with Magnums own ‘Golden Age’ – a time before television was widely available and the picture magazines reigned supreme as the main disseminators of news and publicity. 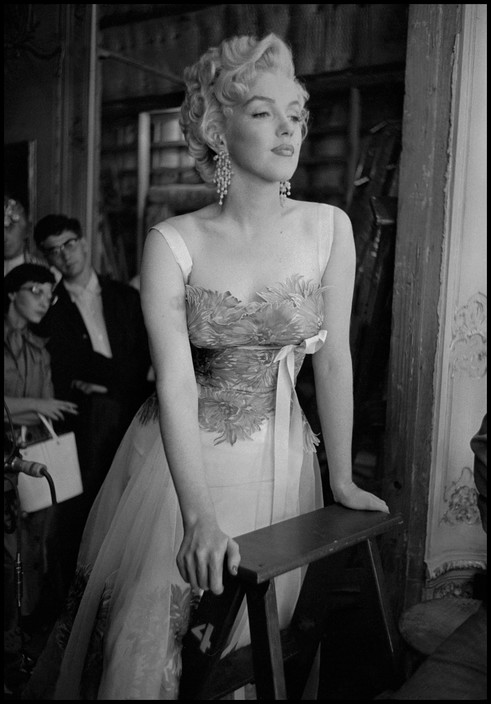 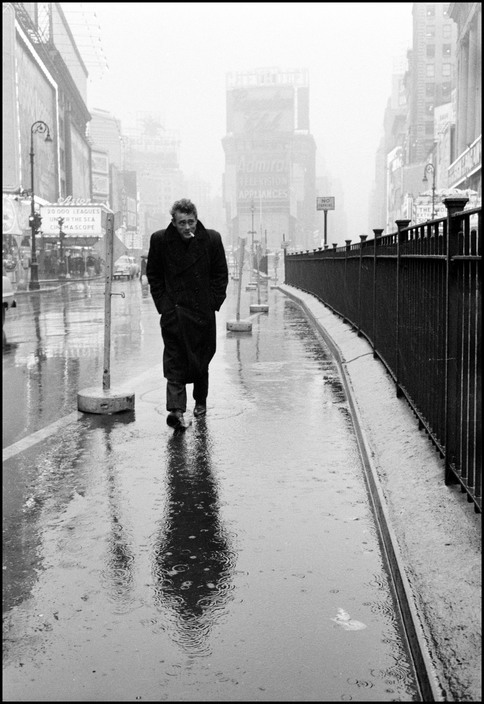 USA. New York City. 1955. James DEAN haunted Times Square. For a novice actor in the fifties this was the place to go. The Actors Studio, directed by Lee STRASBERG, was in its heyday and just a block away.