British/Jamaican artist Robi Walters celebrated his roots in this show inspired by Jamaica.
2012 marks a key year for Jamaica: the London Olympics where all eyes will be on the Jamaican athletics team and also the celebration of 50 years of Jamaican Independence. As his own contribution to this celebration Robi has created a one-off artwork in his unique collage style as a tribute to legendary 100m world record holder Usain Bolt and to Jamaica itself.

Also included in the show is one of the ‘Banana Boat’ series inspired by stories from his grandparents of coming over to England on the HMS. Windrush, as well as several other signature collage and vinyl pieces. Robi works primarily with recycled objects, forging collages from discarded packaging and records from his vinyl collection to create new and vibrant art forms. 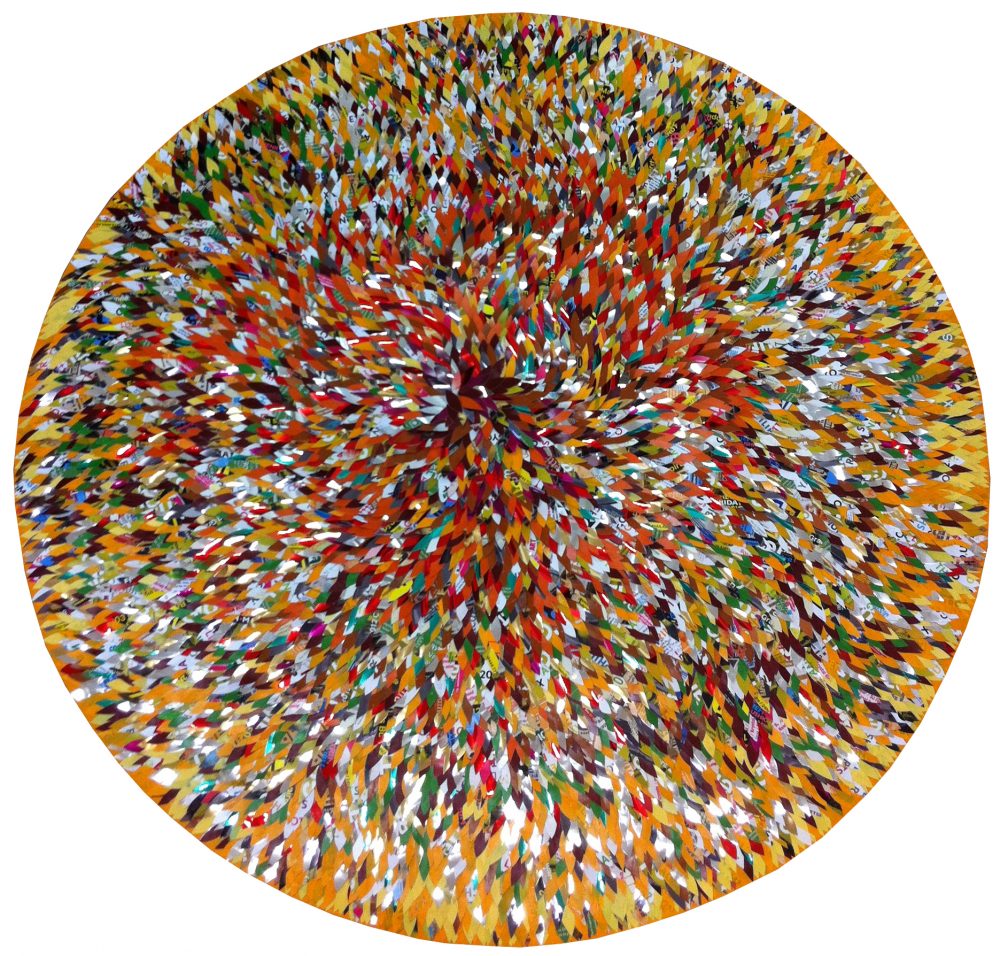 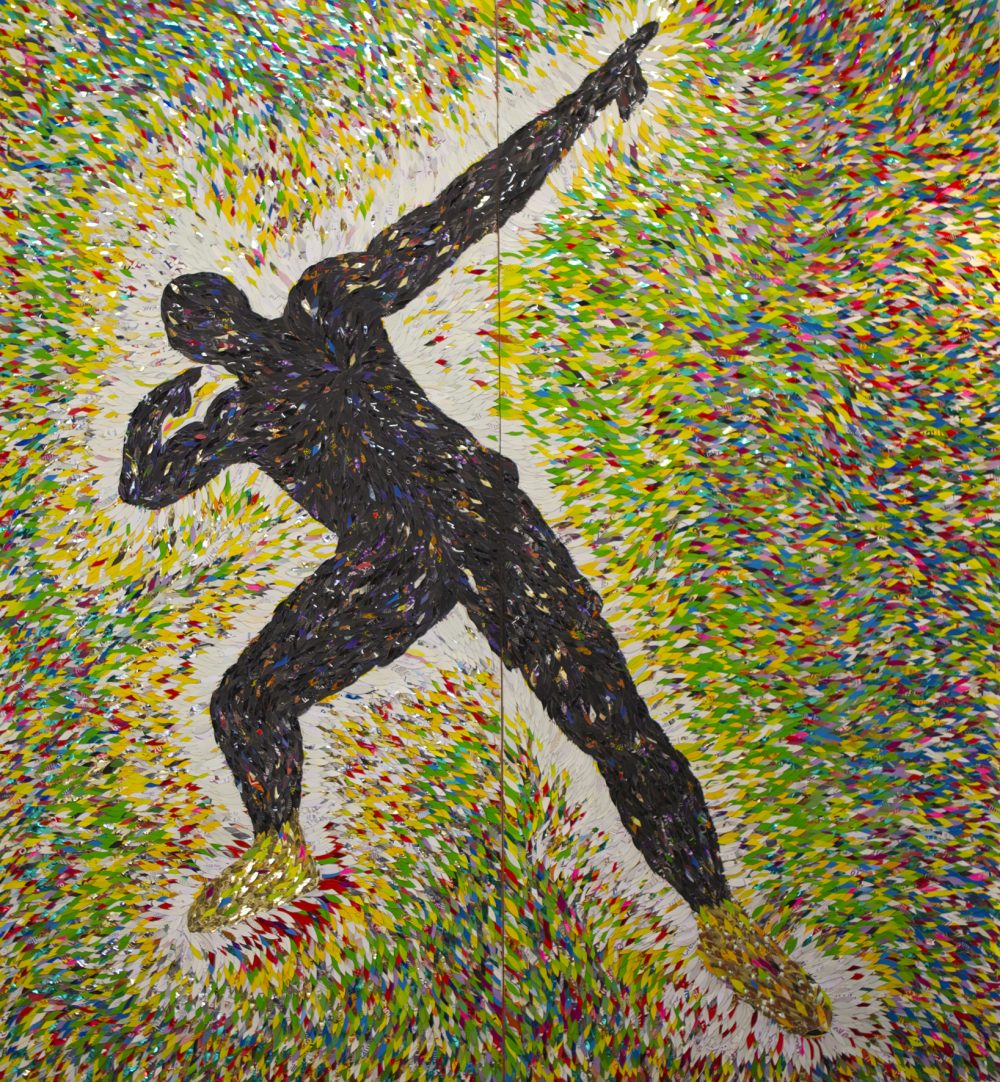