Tapies is not only known as a painter but also a renowned lithographer and etcher. Alongside creating paintings and objects using myriad of materials, Tapies had been actively producing works on paper and graphic works since 1947. Etchings in this exhibition were created during the 1980’s and explore the philosophy of the 13th Century Catalan Theologian Ramon Llull, whom Tapies called a “poet, mystic, philosopher, scientist, and man of action.”

Lull’s metaphysical model in which he strived to draw parallels between the World’s religions by using knowledge, language, symbols and mystic diagrams in order to find the Universal reality is continually represented in Tapies’ work. Evidently he gained immense inspiration in Lull’s philosophy and created works where each sign, symbol and form unearths a deeper meaning for the viewer. 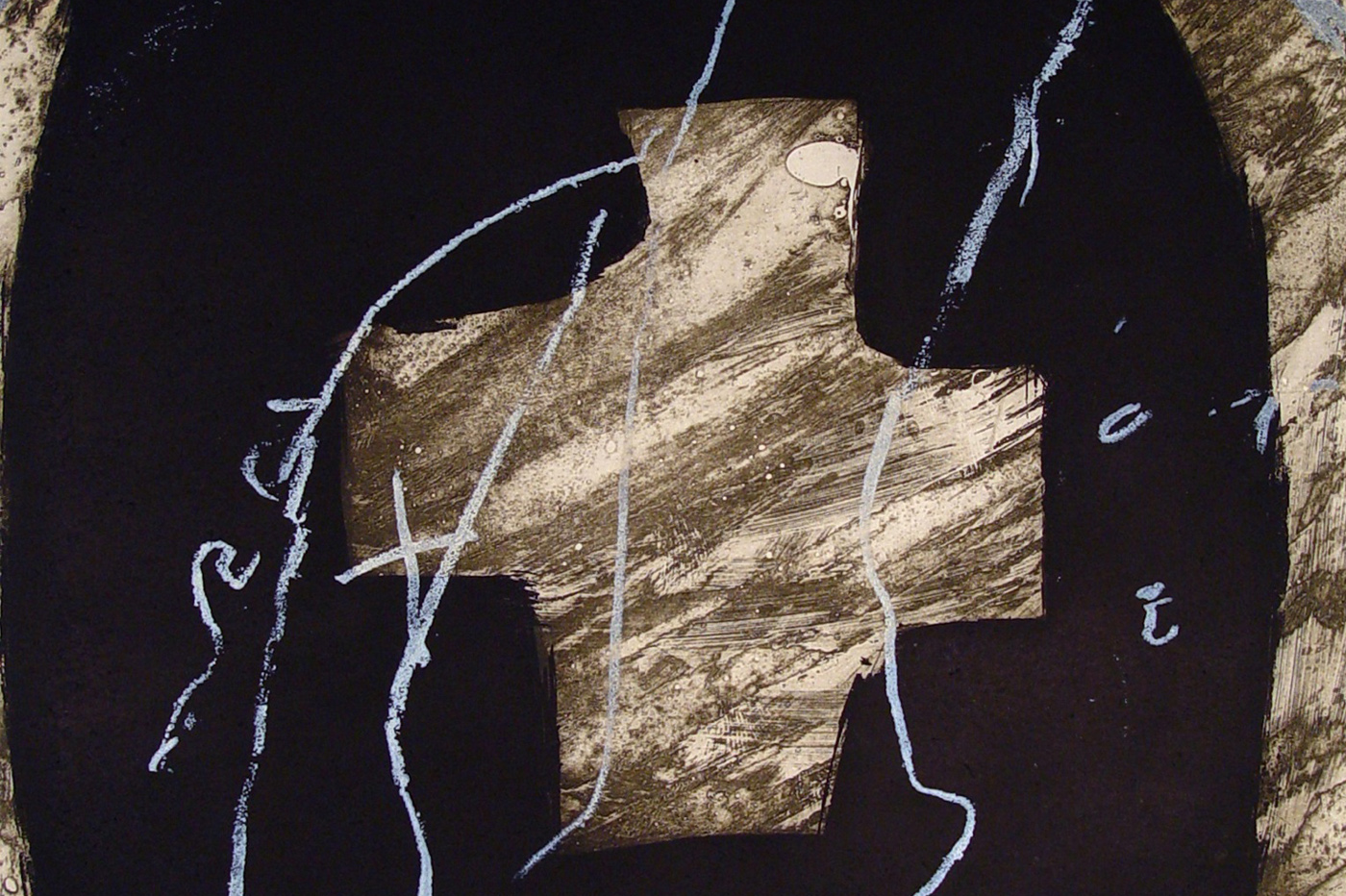